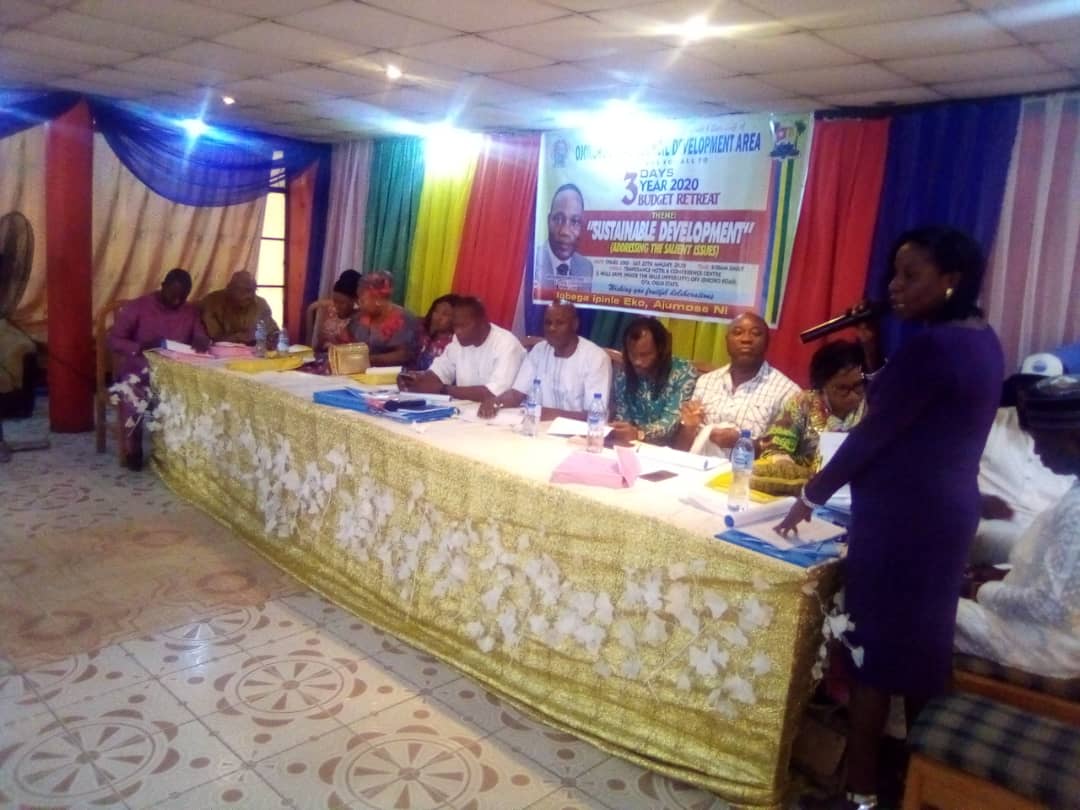 “WE ARE COMMITTED TO INFRASTRUCTURAL DEVELOPMENT OF OJOKORO” ….Says The Council Boss.

Speaking at 3-Day retreat for members of the Executive and Management Committee of the Council, with the main objective of fashioning out a feasible and attainable budget estimates for year 2020, the Council Chairman said efforts should be redoubled to increase the LCDA’s internally generated revenue in the fiscal year.

Hon. Tijani, fondly called H.I.D by his people, promised to compliment the “new Lagos” mantra of the Governor Babajide Olushola Sanwo-Olu led administration in Lagos State by bringing more dividends of democracy to doorsteps of the people of Ojokoro LCDA.

He charged participants at the retreat, particularly the revenue Officers and entire workers of the Council to focus on moving the LCDA forward by showing more dedication and commitment to their duties, as he disclosed that his administration’s watchword is “call to service”.

“We must work harder this year to increase our internally generated revenue, in order to enable us provide more projects that will have positive impact on our people” he said.

While reviewing his administration’s performance from last year budget estimates, the Council boss said appreciable achievements were recorded in various sectors, which includes construction of roads such as Odubanwo street, Wahab Abolanle street, Shodeinde street, Yemi Olabinjo street and part of Engr. Adeagbo street, amongst others.

In the area of youth empowerment, he disclosed that the football talent hunt organized by his administration has been yielding positive results with the signing of professional contract by a Belarusian football club with one of the players discovered in the programme, while six others are in the verge of being sign up by professional clubs in Europe.

In a paper delivered at the retreat, titled “Sustainable Development… addressing the salient issues” the facilitator, a renowned chartered Accountant and retired senior civil servant, Mr. Olu Badejo, outlined the basics of preparing an attainable budget estimates and methods of implementing such estimates to achieve sustainable development for the overall benefit of the people.

The facilitator commended the Council Chief for his passion to serve the people and not embarking on white elephant projects but people oriented programme and projects.

In his own remarks, the Council Manager, Engr. Tajudeen Afolabi , enjoined all staffs of the Council to continue to support the Chairman in his quest to develop the LCDA to an enviable standard to become a model to other Local Governments and Development Areas in Lagos State.

The 3-day retreat which commenced on Thursday, 23rd January at the Temperance Hotel and Conference Centre at Ota is expected to come an end on Saturday, 25th January, 2020. 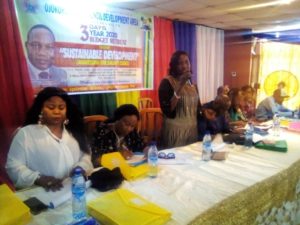 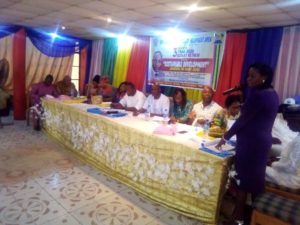 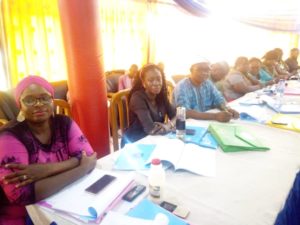