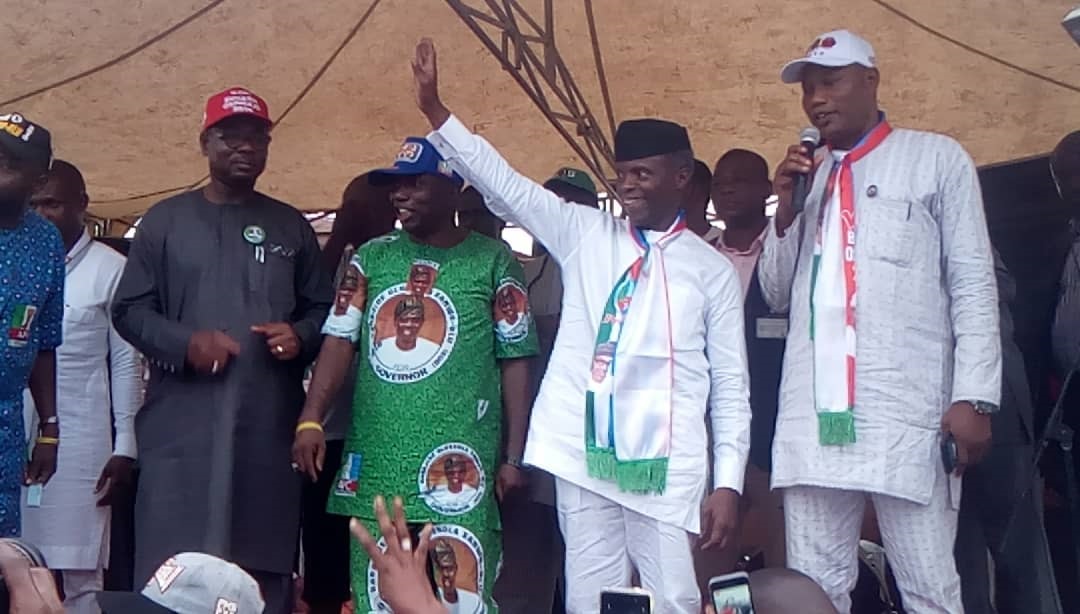 The Vice President, prof. Yemi Osinbajo, today at lfako-Ijaiye Local Government Area and Ojokoro Local Council Development Area addressed a large crowd of All Progressive Congress (APC) supporters and the people of the two Local Government Areas, where he solicited for the re-election of President Mohammadu Buhari and himself in the forthcoming general election. 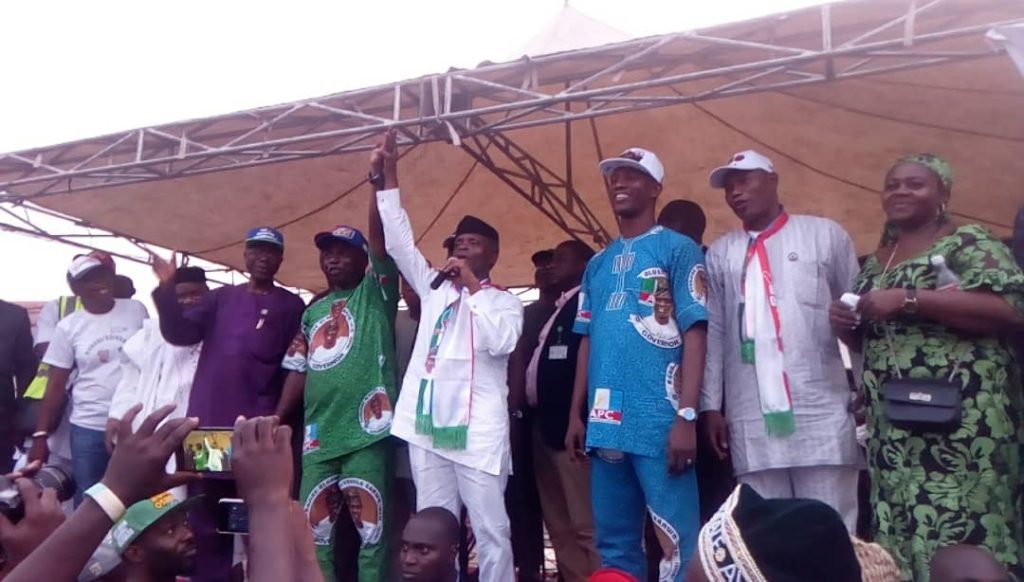 The Vice President used the opportunity to reel out some of the achievements of the Buhari led Federal Government, which includes the ongoing reconstruction of Lagos/Ibadan expressway, rehabilitation of the rail transport system across the Country, improvement on power generation, trader moni amongst many others.