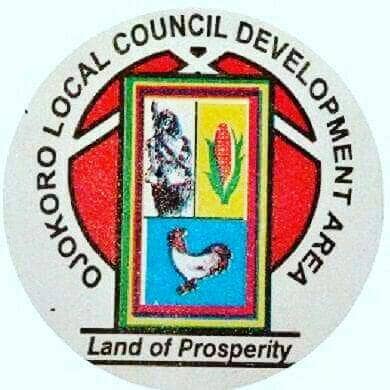 The Executive Chairman of Ojokoro Local Council Development Area, Hon. Hammed Idowu D. Tijani (H.I.D) has urged people in the LCDA to remain calm and obedient, as the Federal government extends the stay-at-home order in Lagos and Ogun States, including the Federal Capital Territory (FCT) by 14 days.

The Council boss, in a statement issued to newsmen shortly after President Muhammadu Buhari’s nationwide broadcast to Nigerians on Monday, 13th April 2020, which the governor of Lagos state,Mr Babajide Sanwoolu also reinterated appealed to all residents of Ojokoro Local Council Development Area to be obedient and observe all the precautionary measures ordered by the
government to contain further spread of the Corona Virus pandemic. He said the extension of the stay-at-home order by the government is in the interest of the people, to avoid more people contacting the deadly Corona Virus.

Hon. Tijani disclosed that the government is making frantic efforts to cushion the effects of the stay-at-home order, as more stimulus packages are being planned for the most vulnerable people in the society and Lagos State in general. He enjoined the people to join hands with the government to fight the COVID-19 pandemic which has so far claimed the lives of ten people in the Country.

On the security of lives and properties, which is being threatened by hoodlums robbing people in the LCDA, the Council Chief disclosed that necessary steps are being taken by law enforcement agencies to ensure adequate security.

He further stated that the Federal and state governments,has already put measures in place to that effect,stressing that he had also discussed with all the Divisional Police Officers and the Coordinator of the Lagos State Neighbourhood Security Corps (LSCNC) in the LCDA on the need to intensify security patrol in all the nooks and crannies of the LCDA.

He therefore urged the people to remain in their homes, wash and sanitize their hands regularly and maintain social distancing, as part of measures to prevent further spread of the COVID-19 pandemic in Lagos State. It would be recalled that the Lagos State Governor, Mr. Babajide Olusola Sanwo-Olu had earlier imposed a 14 days stay-at-home order on people of the State before Federal government’s order of another 14 days, which was later extended by additional 14 days in a nationwide broadcast by
President Muhammadu Buhari on Monday, all in government’s effort to contain the spread of the
pandemic.