OJOKORO STAKEHOLDERS MEETING IN OJOKORO: HID GETS NOD AS WORK BEGINS ON THE CONSTRUCTION OF ADETOLA, IKEREKU ROADS

The Executive Chairman of Ojokoro Local Council Development Area, Hon. Hammed Idowu Daniel Tijani (H.I.D) has received accolades from the stakeholders of the LCDA, for the infrastructural developments and security upliftment in the LCDA.

The Council boss received this nod at the Stakeholders Forum held at the Council Secretariat on Tuesday, 15th December,2020 in preparation for the 2021 fiscal year. The Chairman, while listing several developmental projects embarked upon by his administration, appreciated the unflinching support enjoyed from the Executive and Legislative arms, as well as the Management and entire members of staff of the Council.

He outlined some of the roads constructed by his administration, which he said has boosted the economy of the LCDA. “Some of these laudable projects include construction of the following roads with the laying of alsphat: Segun Akinyemi Street; Olu Akinde Street; Sobo Street; Sodehinde Street; Olubiyi Fayinto Street; Mofolasayo Drive and Ogunmola Alara Street amongst others that are nearing completion”, HID said.

“Furthermore, the Customary Court at Alakuko was rehabilitated, while culverts and drainages were constructed on the following streets: Yekini street; Olu Akinde; Olubiyi Fayinto; Segun Akinyemi amongst others, just as the construction of a public toilet”, he added.

The Council boss also disclosed that security of lives and properties of constituents in the LCDA is most paramount to his administration, which led to the donation of patrol vans to all the four Police divisions in the LCDA.

In the same vein, Hon. Tijani appreciated the Executive Governor of Lagos State, “Mr. Governor” Babajide Olusola Sanwoolu for counting Ojokoro worthy and has always given the Council considerations in his developmental projects. He informed the good people of Ojokoro that Ikereku Road will be constructed soonest as the road has been approved for construction by the State government.

Speaking at the Stakeholders meeting, Lagos State House of Assembly member, representing Ifako-Ijaiye 02, Hon.(TPL) Rasheed Makinde, who was represented by Mr. Tunde Rufai, gave kudos to the Council boss for touching all areas, most especially, the construction of several culverts which has reduced flooding during down pours.

Hon. Makinde further congratulated all the good people of Ojokoro LCDA as the state has given attention to Adetola/Ikereku roads, as the construction is set to take off, as he also hinted that Meyaki road has gotten state approval for immediate construction.

In a related development, the Ifako-Ijaye Federal House of Representatives member, Hon. James Adisa Owolabi who was represented by Mr. Debola Onifade, said that the rate and level of the work on the Lagos Abeokuta Express road at the Mosalasi/Kolliington axis is as a result of the availability of funds, as he enjoined the people to remain calm, while assuring that the Federal government is not leaving any stone unturned to fix the road. “We understand the implication of that construction on our people and I urge you all to bear with the government, Owolabi concluded.

In his closing remarks, Hon. Tijani appealed to the stakeholders to forward their inputs in preparation for the 2021 budget to make it successful. 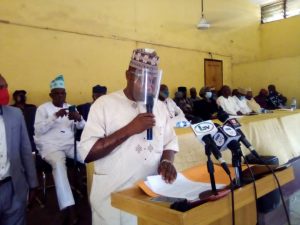 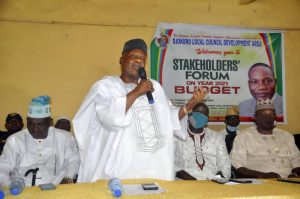 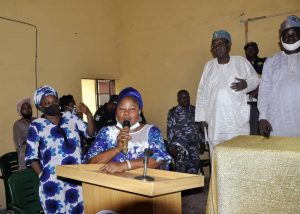 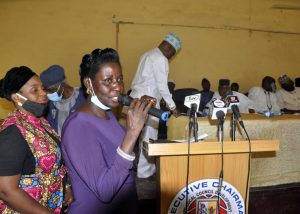 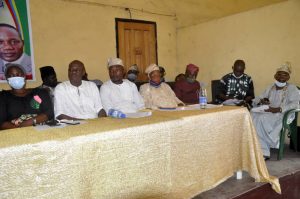 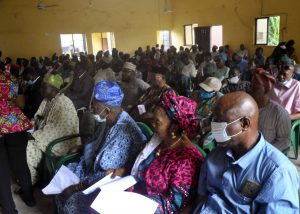