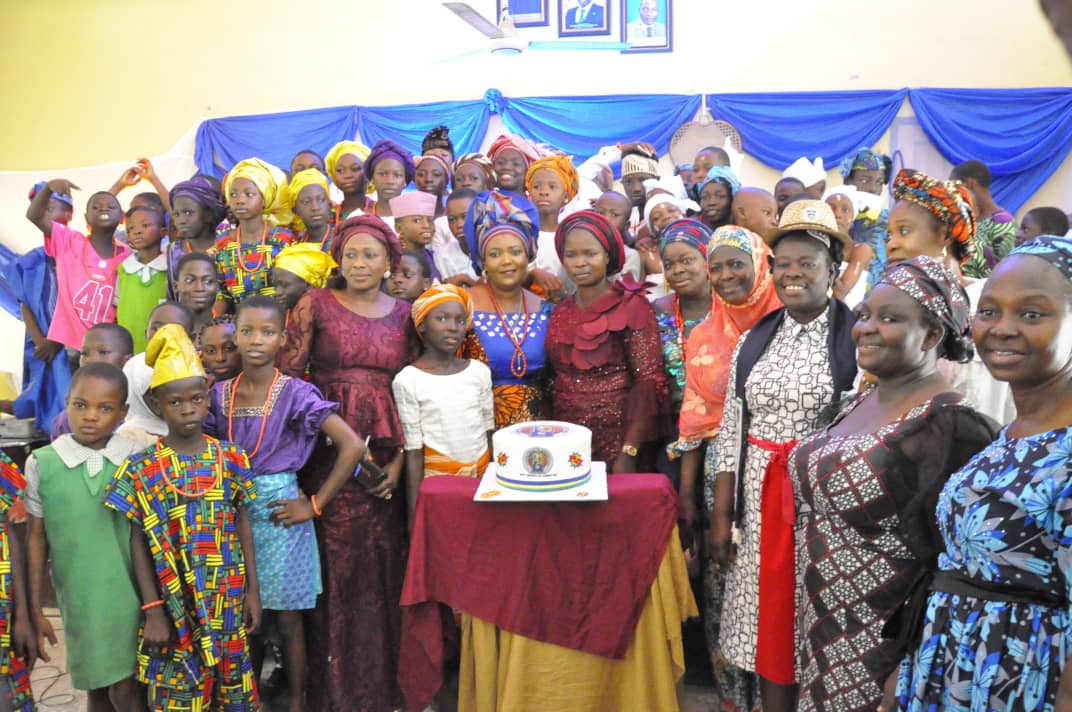 Children from various public and private primary schools in the LCDA converged at the Council’s secretariat on Bola Ahmed Tinubu Road, Ijaiye-Ojokoro where they were treated to varieties of activities such as indoor games, dancing, fashion parade and cultural dances of different ethnic groups, particularly the rich Yoruba culture and traditions.

In her address at the occasion, wife of the Council Chairman and Chairperson of Ojokoro LCDA, Deaconess Motunrayo Tijani describe children as God’s precious gift who must be well taken care of, with good moral and western education.

She urged parents and guardians to invest in the education of their children and wards, giving them moral training, as well as exposing them to the practice of their respective cultures and traditions.

The Chairperson advised the children to be of good moral behaviour, honesty and with the fear of God in whatever they do and also concentrate on their education, in order to justify the huge investment in them by their parents and the government.

In his goodwill message to the children, the Executive Chairman, Hon. Hammed Idowu D. Tijani (H.I.D) represented by his Vice, Hon. (Engr) Oladipupo Coker, congratulated children in Ojokoro LCDA whom he described as the leaders of tomorrow.

He implore them to shun bad characters such as thuggery, drug abuse and other social vices which may ruin their future.

He added that the present administration in Ojokoro has invested so much in the education of children and youths with regular distribution of writing materials, GCE and JAMB forms to pupils and students in public schools, as well as renovation of public schools and provision of conducive learning environments.

The Children’s Day celebration was spiced up with beautiful cultural shows and other side attractions by a cultural organization known as Ogo Yoruba Gbode, owned by a renowned Yoruba poet and culture ambassador, Chief Mrs. Motunrayo Ewebiyi, popularly known as Iya Oriki.

The children, who were delighted with the various activities put together to mark the occasion, expressed appreciation to the Council’s authorities.

The International Children’s Day is being celebrated all over the world on May 27 every year, as set aside by the United Nations Organization (UNO).