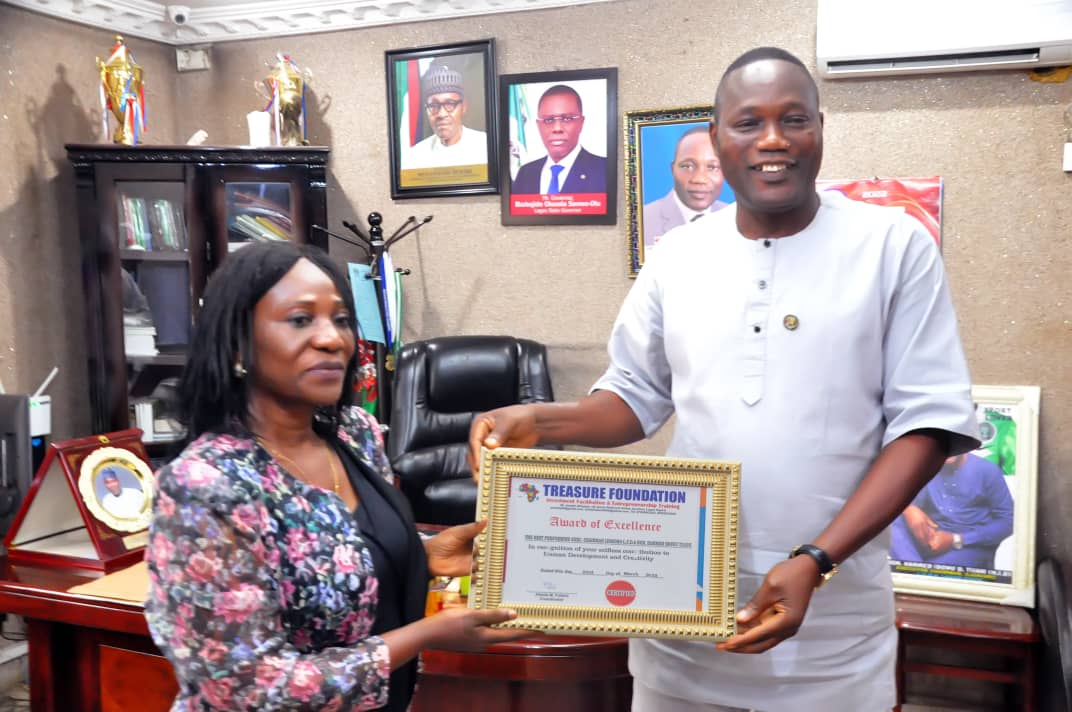 The South West President of Treasure foundation, Mrs Abiola Folami while
presenting the award to the council boss at the secretariat in Ijaiye, commended him for his performance towards human development and entrepreneurial training for the people in Ojokoro LCDA.

“The award presented today was as a result of the concluded research made by our organization through which out of three local Government chairmen that were nominated, Hon Hammed Idowu Tijani emerged as the best amongst his peers in Lagos state” she said.

The Council boss in his remarks appreciated the organization for the beautiful initiative and also assured the organization of more dividends of democracy to the people as his administration is driven by a call to service themes agenda.