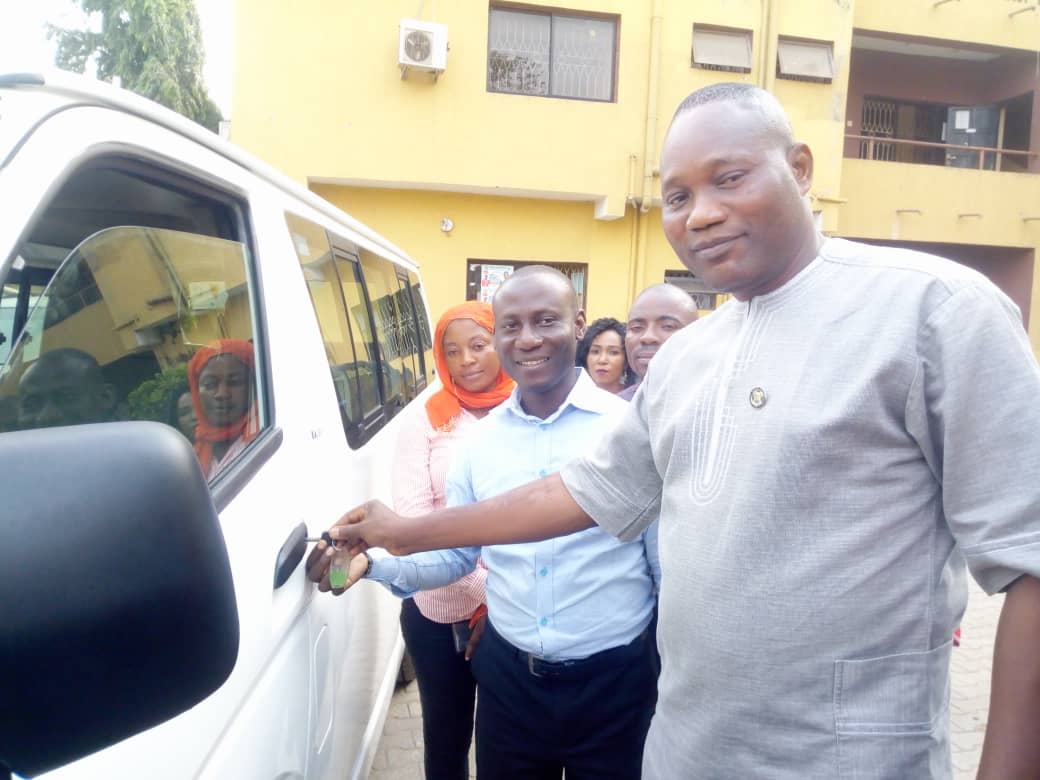 A new 18 seater Toyota Hiace bus has been presented to the Ojokoro LCDA branch of the Union of Local Government Employees (NULGE).

While presenting the bus at a very brief but we’ll attended ceremony at the Council’s secretaiat complex, the Council’s Chairman, Hon. Hammed Idowu D. Tijani popularly known as H.I.D, expressed his satisfaction to the cordial industrial harmony between the Union Executives and his administration since their inauguration about six months ago.

Hon. Tijani enjoined the Union Executives to continue to cooperate and support his administration’s efforts in the area of increasing the Council’s internally generated revenue.

He promised to ensure better welfare packages and create a more conducive working environment for the Council’s workers, with more support from them.

In his response, the branch Chairman of the Union, Comrade Gbadamosi Olubunmi Kazeem, expressed his gratitude to the Chairman for his fatherly role and gestures to the entire members of staff in the LCDA.

He assured the Council Chief that aside from Union activities, the bus will be used for the monitoring of revenue collection in the LCDA, in order to prevent leakages and increase internally generated revenue.

Also speaking at the occasion, the Council’s Human Resource Officer, Mr. Jelili Jimoh thanked commended the Council Chairman, his Executive Committee members and the Management for deeming it fit to present the new bus, which he will make the Union Executives activities both at local branch and state levels more efficient and effective.

The presentation ceremony was witnessed by the Secretary to the LCDA, Engr. Samuel Onipede; the Chief of Staff to the Executive Chairman, Hon. Jamiu Odebiyi; the Council Manager, Engr. Tajudeen Afolabi; the Director of Works and Infrastructure, Engr. Femi Joseph; the Council’s Legal Officer, Barrister Kofoworola Quadri, the NULGE branch Executive members and several members of the Council’s staff. 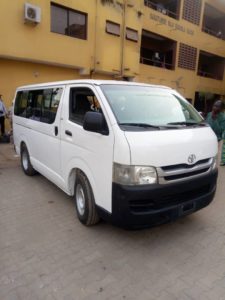 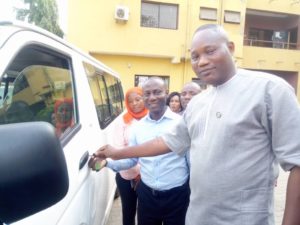 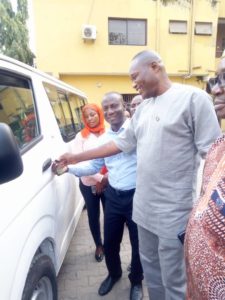 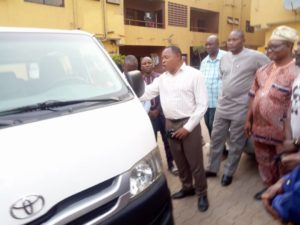 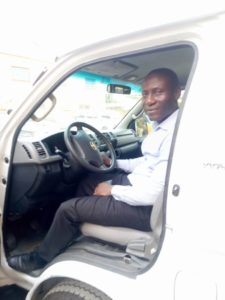 “WE ARE COMMITTED TO INFRASTRUCTURAL DEVELOPMENT OF OJOKORO” ….Says The Council Boss.