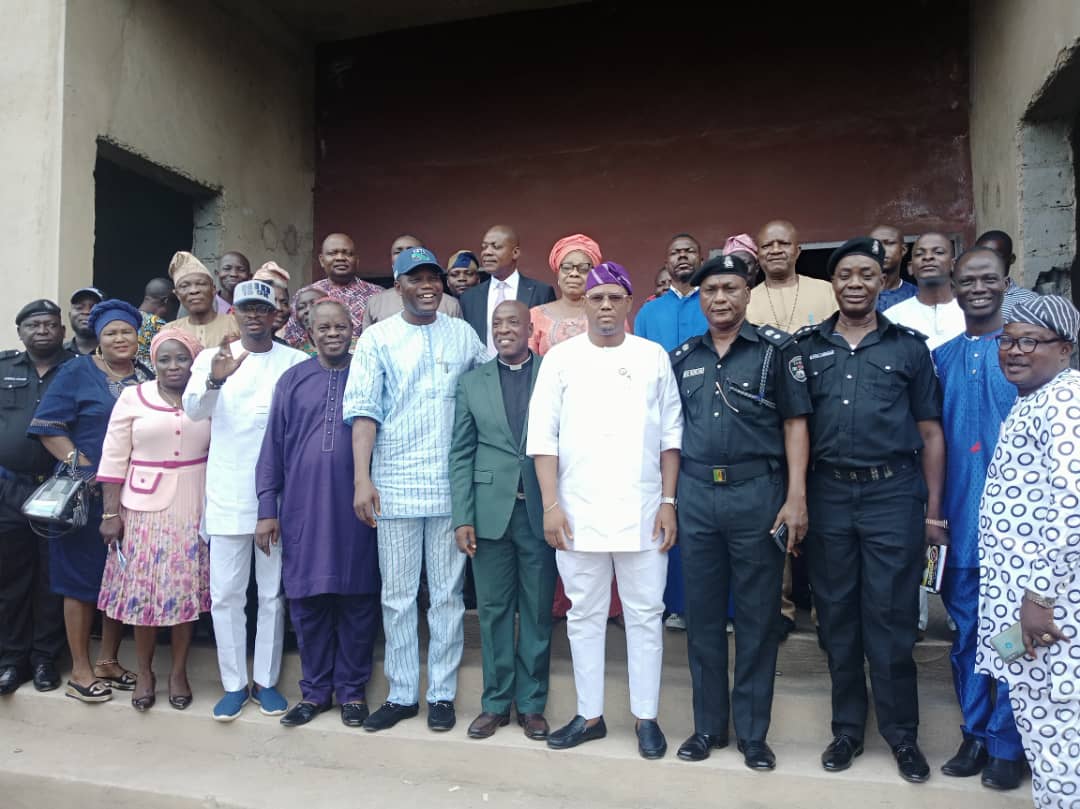 The Executive Chairman of Ojokoro Local Council Development Area, Hon. Hammed Idowu D. Tijani has charged residents of the LCDA to be more vigilant, in view of the current security challenges in the Country.

The Council boss, popularly known as H.I.D by the people, gave this charge at a meeting on peace and security held with leaders and members of the Christian Association of Nigeria (CAN) Ojokoro LCDA chapter, Divisional Police Officers, the Corps Commander of the Lagos State Neighbourhood Security Corps (LNSC) and other security stakeholders in the LCDA, held at the auditorium of Olorunsogo Baptist Church, Ijaiye-Ojokoro on Monday, June 20, 2022.

Hon. Tijani said that issue of security of lives and properties should not be left for government alone, hence everyone should be fully involved to curb the rate of banditry and kidnapping in the Country which he said has reached a worrisome dimension.

He reiterated his administration’s commitment in ensuring the safety of lives and properties of all residents of Ojokoro LCDA, irrespective of their religious or political affiliation and social status in the society.

The Council boss said as the chief security officer in the LCDA, his administration would continue to provide neccessary support for all security agencies within and outside the Council to ensure effective and efficient service delivery in the area of security of lives and properties.

The Chairman of Ojokoro LCDA chapter of the Christian Association of Nigeria, Rev. C. G Coker, in his own speech, lamented the alarming rate of insecurity in the Country, describing the recent attack and killing of worshippers at Saint Francis Catholic Church at Owo in Ondo state by gunmen as great tragedy and national calamity which should be condemned in all ramifications.

The CAN Chairman called on government and security agencies to be more proactive in response to security issues in Ojokoro LCDA, as he assured that CAN as the umbrella body of all Christians would continue to offer prayers for the stability of peace and tranquillity in Ojokoro LCDA and Nigeria in general.

Moreover, the Divisional Police Officers in all the three Police Divisions within Ojokoro LCDA who were at the meeting counsel all residents on security alertness, as they advice the people to always feed the Police with vital information on security and avoid taking laws into their hands when dealing with suspects in their various communities.

Also present at the crucial meeting were the Vice Chairman of the Council, Hon. Oladipupo Coker; Secretary to the LCDA, Comrade Kolajo Omisore; the Council Manager, Mr. Adeyemi Adebola; and other top Officials of the Council; Divisional Police Officers; LNSC Commander, Yekini Arowo; as well as former Executive Committee members of CAN and other stakeholders in Ojokoro LCDA.