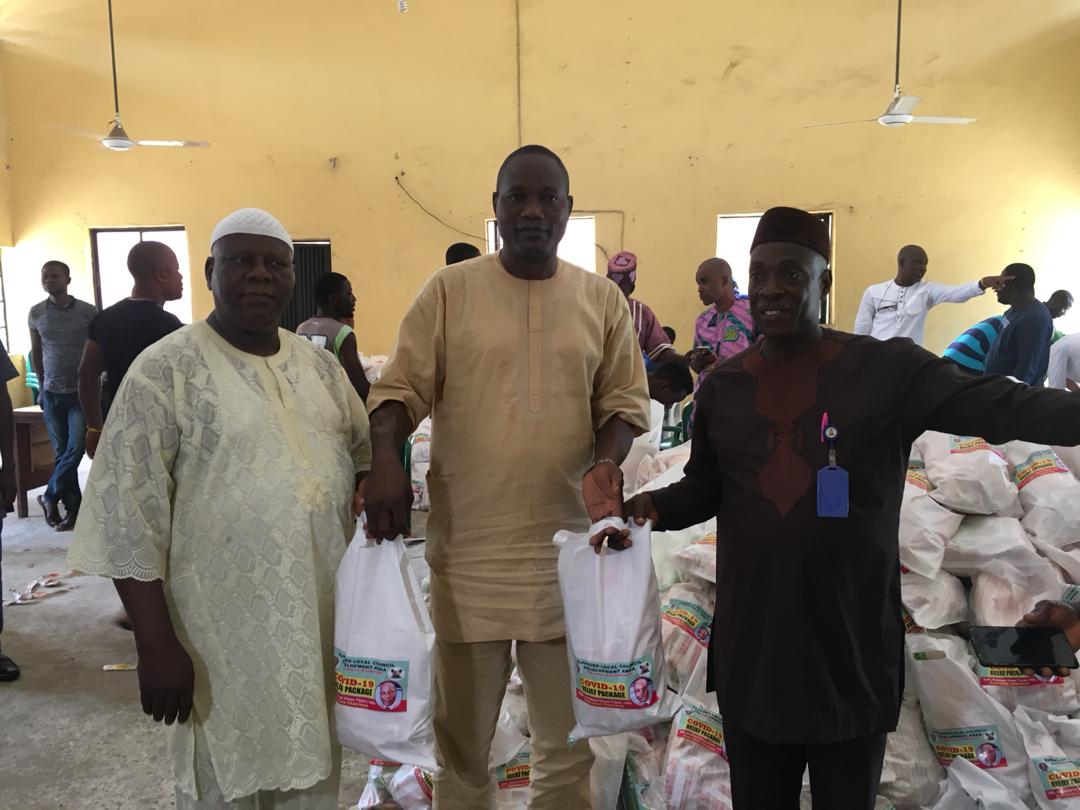 In order to complement the efforts of the state government to cushion the effects of the stay at home order,the Executive Chairman Ojokoro local council development area, Hon. Hammed Idowu D. Tijani (HID), distributed over 5000 relief packages to vulnerable people in the LCDA on Friday, 3rd April, 2020 at the council secretariat.

The stimulus relief package which included noodles, spaghetti, semolina, and wheat, were handed over to the representatives of the
Community Development Associations (CDA), the religious bodies, the traditional leaders, Councillors and other major stakeholders in Ojokoro community for onward transmission to the vulnerable and the needy within the community.

Hon. Tijani opined that these set of representatives will be able reach-out to the vulnerable in the community, as they are more closer to them. The council chief during the distribution appealed to the community members to continue to obey all the precautionary measures and directives as stated by the state government. He emphasized on the importance of social distancing, hand washing, use of sanitizers, coughing into the elbow, use of nose mask and other precautionary measures given by medical experts to contain the spread of coronavirus.

While speaking to newsmen at the occasion, HID urged the handlers of the relief packages to do it right; saying, “I beg you to ensure that all these packages get to the right set of people in your various communities”. He added that transparency in the distribution of the packages will be a key to the success of the programme and will justify the good intention of his administration.

Hon. Tijani commended the Lagos Sate Governor, Mr. Babajide Olusola Sanwoolu for taking bold steps to contain the spread of the disease in the state and the Nation by extension. He also lauded the National Leader of the All Progressive Congress, Asiwaju Bola Ahmed Tinubu for his generous donation to Lagos State Government in the combat of this dreaded pandemic.

Responding to the kind gesture of the council boss, one of the traditional leaders, Chief Sarumo Dada, the Baale of Akinyele Alakuko, appreciated the council chairman for extending his hands of fellowship at this trying time and pray that God will continue to strengthen him, he further gave kudos to Mr governor Babajide Sanwoolu for his tremendous efforts, as the community still awaits
the package of the state government which is also currently ongoing in Lagos state. It will be recalled that Mr. Governor, Babajide Sanwoolu has been distributing relief packages to vulnerable constituents in the state, as a means to support the people on the effects of the pandemic heating up the entire universe. 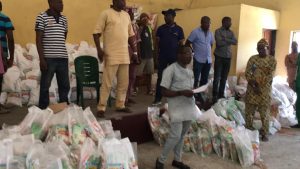 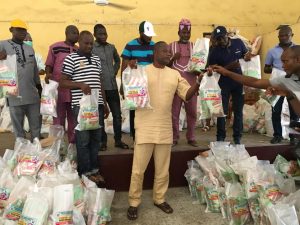 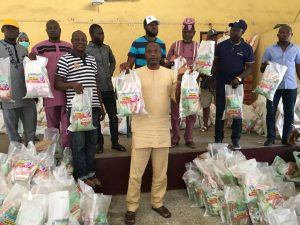 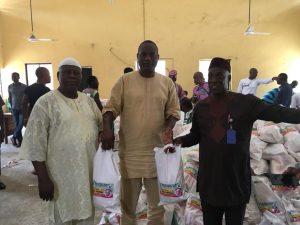