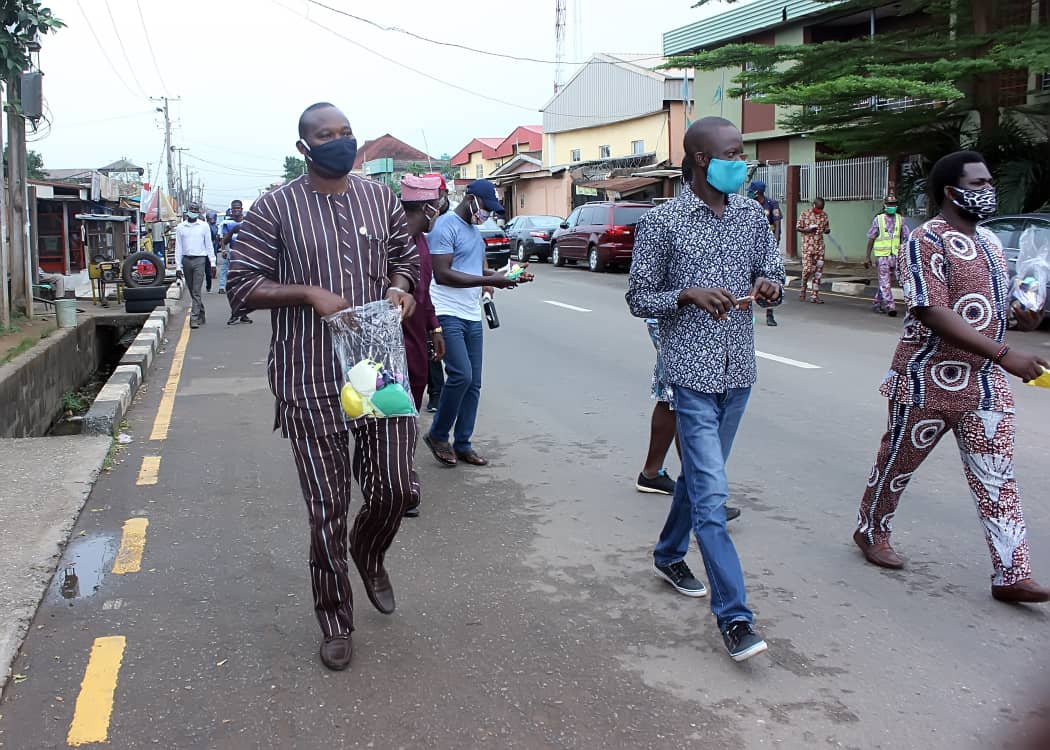 COVID-19: OJOKORO COUNCIL CHAIRMAN GOES ALL OUT, DISTRIBUTES THOUSANDS OF NOSE MASKS ON THE STREET

In a bid to curtail the communal spread of the virus, the Executive Chairman of Ojokoro Local Council Development Area (LCDA), Hon. Hammed Idowu D. Tijani goes all out to distribute free face mask to constituents members on the street. According to the council boss, the distribution channel and process will effectively reduce the communal spread of the pandemic as the common way of contracting the virus is through unprotected community contact. This is the gesture of the Lagos State Governor, Mr. Babajide Olusola Sanwoolu to further contain the spread of the pandemic in the state and this is happening across the 20 Local Government and 37 Local Council Development Areas (LCDA) across the state he said.

Hon HID further stressed that Four thousand nose mask were provided by the state government which are being distributed amongst the residents.The council boss further spoke on the safety of the nose mask as being good enough for usage. Saying it has been tested and certified for the usage of the people as it gives room for safe breathing and protects one from the virus.

Speaking on the contribution of the council against the pandemic, he made known that the council has put up a lot of sensitization programme for the people of the local council area and its environs to enlighten and educate the people against the pandemic.
Aside from the enlightenment campaigns, we have given out several palliative materials to the members of this local council ranging from food items and cash relief to cushion the effect of the stay at home order of the federal government and the state government he said.

While on the street, men of the Abattoir Police Division were seen enforcing the use of nose mask order and made several arrests of defaulters as this will further contain the spread of the pandemic. Hon. Hammed Idowu D. Tijani further sensitized all culprits, gave them the nose mask and the Divisional Police Officer ordered their immediate release as they all now possessed nose mask.

The Secretary to the Local Government, Hon. Samuel Onipede further urge residents to always abide by all the rules of the government and most especially the 12 commandments of the Lagos State Governor and all other laws of the state as the dreaded disease is real and should not be taken with kid gloves. 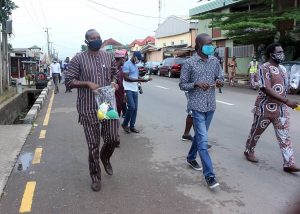 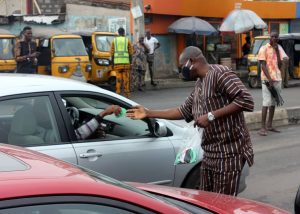 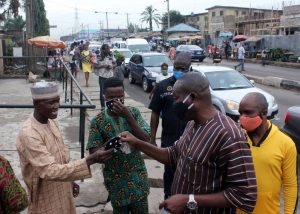 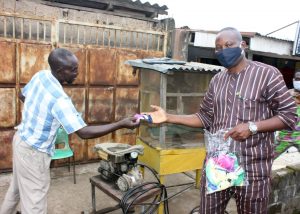 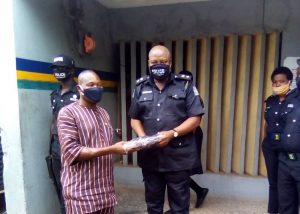 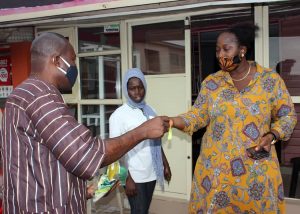 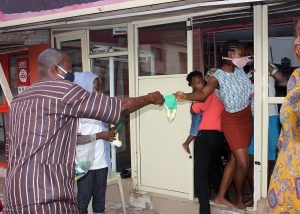