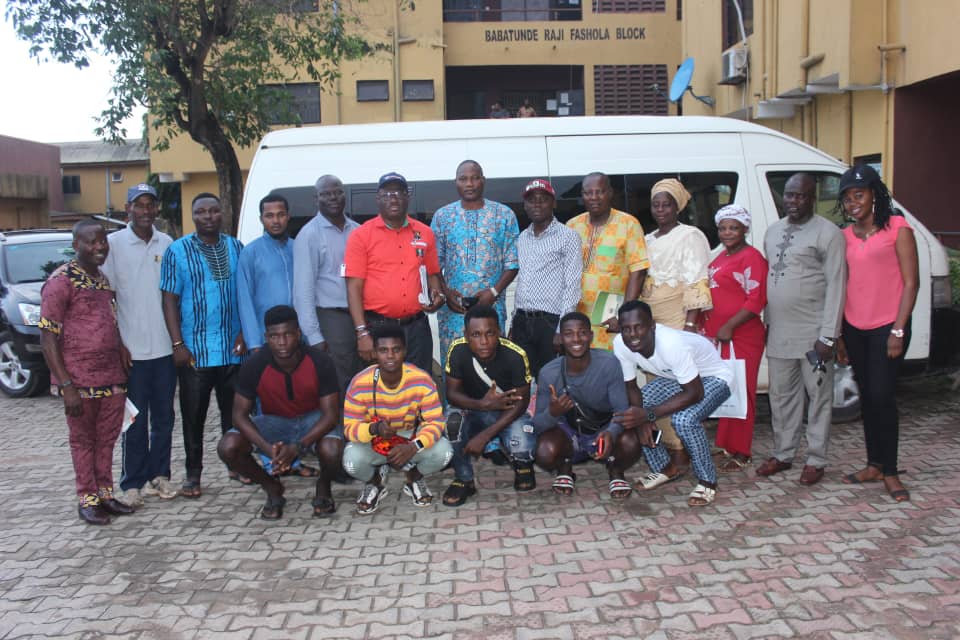 The Executive Chairman of Ojokoro Local Council Development Area, Hon. Hammed Idowu D Tijani (H.I.D) has advised football players discovered in the “Football Talent Hunt” which was organized for youths in the LCDA late last year to always be good ambassadors of the Council wherever they found themselves.

The Council boss, who hosted the players with their parents and guardians in a valedictory meeting in his office at the Council’s Secretariat complex, as they prepare for a trip to Europe for trials with foreign football clubs. He urged them to always promote the good image of the Council when they eventually get to Europe.

Hon. Tijani stressed that the Council had invested so much on them, therefore they need to justify the huge amount of money and efforts spent on the “Football Talent Hunt” project which he described as part of his administration’s efforts at empowering youths and reducing crime in the society. He disclosed that all arrangements have been concluded for the selected players to travel abroad for the trials, with the procurement of all relevant documents, including passports and visas, all at the expense of the Council.

In his own speech at the meeting, the Supervisor of Agriculture, Youths, Sports and Social Services Hon. Olugbenga Otule-Davies, commended the Council boss for his initiative to organise the “Football Talent Hunt” which he described as first of its kind in the history of any Local Government in Nigeria. He said the players should therefore make good use of the opportunity to bring their football talents into limelight and abstain from all social vices while in Europe.

One of the parents of the players present at the meeting, Mr. Nelson Ebiala, who spoke on behalf the other parents and guardians, expressed gratitude to the Council Chairman for his laudable initiative and the unbiased method adopted in picking talented players on merit, for the trials in Europe. He said families of all the players would forever remain grateful to the Council Management, particularly the Chairman, for the immeasurable assistance in discovering their children’s hidden talents.

The Chairman of the Council’s Legislative House Committee on youths and sports, Hon. Segun Adeniji, also advised the players to behave well in Europe and learn how to give back to the society after they might have achieved in their football career abroad. It would be recalled that a two weeks “Football Talent Hunt” was organised by Ojokoro LCDA Chairman and his vibrant team in collaboration with a German based technical partner, Mike and Martins Scout Agents, during which some talented football players were discovered and promised to be assisted for trials in Europe. The players are billed to jet out to Europe before the end of this week. 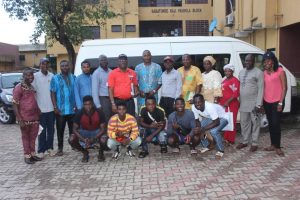 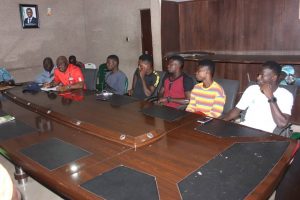 COVID-19: OJOKORO COUNCIL CHAIRMAN GOES ALL OUT, DISTRIBUTES THOUSANDS OF NOSE MASKS ON THE STREET